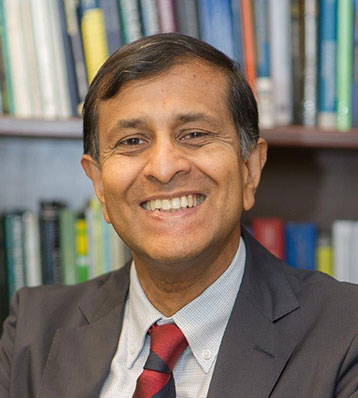 Dr. Ganeshan Wignaraja is a Senior Visiting Fellow at the Pathfinder Foundation. He is also a Non-Resident Senior Fellow at the Institute of South Asian Studies (ISEAS) at the National University of Singapore, a Senior Research Associate at the Overseas Development Institute (ODI) in London and an Adjunct Senior Fellow Adjunct at Research and Information System for Developing Countries (RIS) in New Delhi. In a career over the last thirty years in the UK and Asia, Ganeshan has held senior roles in international organizations (Director of Research at the ADB Institute in Tokyo, Chief Programme Officer at the Commonwealth Secretariat in London and Visiting Scholar at the IMF in Washington DC), government (Executive Director of the Sri Lankan Foreign Ministry’s think tank in Colombo, a Member of the Prime Minister’s Task Force on the Indian Ocean and a Member of the Monetary Policy Consultative Committee of the Central Bank of Sri Lanka) and the private sector (Global Head of Trade and Competitiveness at Maxwell Stamp PLC in London).He has led teams to deliver complex projects in over 30 countries in Asia, Africa, Europe and Latin America.