Roundtable Discussion: Iran and the Indian Ocean in 21st Century

Pathfinder Foundation (PF), in association with the Embassy of the Islamic Republic of Iran and in collaboration with the Strategic Council for Foreign Relations (SCFR) held a round-table conference on the theme ‘Iran and the Indian Ocean in the 21st Century’ on Thursday 15th February.

The round-table held in Colombo was participated by Dr. Abdulreza Faraji Rad, Director General of the prestigious Iranian think-tank. He discussed Iran’s role in security and development in the Indian Ocean. A fascinating story of Iran and Sri Lanka relations going back to over two millennia was unveiled by Luxman Siriwardena, Executive Director of the PF, while Admiral Dr. Jayanath Colombage, Director, Centre for Indo-Lanka Initiatives (CILI) of the Pathfinder Foundation discussed security issues relating to the Indian Ocean from the Sri Lankan perspective. Another facet of Iran-Sri Lanka relations in the modern era was highlighted by Dr. Mohamed Shareef Asees, visiting lecturer of the University of Colombo. Introductory remarks were made by Chairman, PF Bernard Goonetilleke and concluding remarks delivered by Lalith Weeratunga, Senior Fellow of PF. A lively discussion followed the presentations by the panelists including arrangements to promote tourism from Iran to Sri Lanka and vice versa. 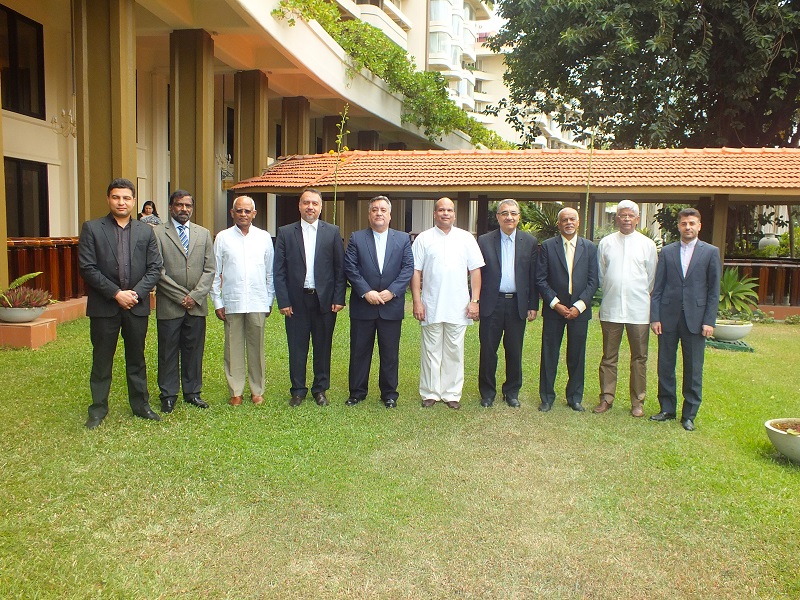